I am posting the following message I received from Brian (Cheech) Immediately after is the obituary from the Legacy website as well as a link to it:

I think most are aware, but wanted to share Dave's note. Please forward to others that may not be aware.(especially his '73 classmates)

Just wanted to let you know that Dan passed away 2 days ago. It was very sudden. Within 1 week in the hospital, he was gone. He had brain, lung and liver cancer. No treatment was given, too far advanced. Only 18 days after Dean. Huge loss for the family. He was 64. If you could please let some of his friends and classmates know, I would be forever grateful. I hope this is the end for a while. Thanks.

Dan Eldon passed away on November 13 at the age of 64. He was beloved brother to Diane Eldon Kenefic (Richard), David Eldon (Jan) and the late Dean F. Eldon (Janet), He was a loving uncle to Ashley Eldon Cheatham (Luke), Sarah Eldon, John Eldon and Ryan Eldon. He was preceded in death by his parents John and Daisy Eldon. Dan was an avid bowler who worked at Auburn Lanes until it closed, and more recently at Shelby Lanes. Dan founded his own company "DEPO Brick Paving" and enjoyed laying sidewalks and patios for their customers. Dan loved sports, making friends and to laugh -- his motto was "Enjoy Life!" Funeral Service: 11:00 on Friday December 13 at St. Stephen's Episcopal Church, 5500 North Adams Rd. Troy, MI 48098. In lieu of flowers memorials may be made to the Michigan Animal Rescue League (MARL) 1624 N. Perry, Pontiac, MI 48340.

Please hold the Eldon family in your thoughts and prayers.

The following post is regarding the passing of another beloved Avondale Class of 1976 graduate and friend:

Update 10/29/19 - CLICK HERE for the link to the Legacy Obituary for Dean, including condolences from family and friends.

I received the following message yesterday. As sad as it is, I am passing it along.

When I receive more information, I will post it here.

Brian, Dean past away this morning. Was much quicker than anyone could anticipate. Please pass this on to whomever needs to know.

We lost a great classmate and friend.

Other classmates who forwarded their condolences: 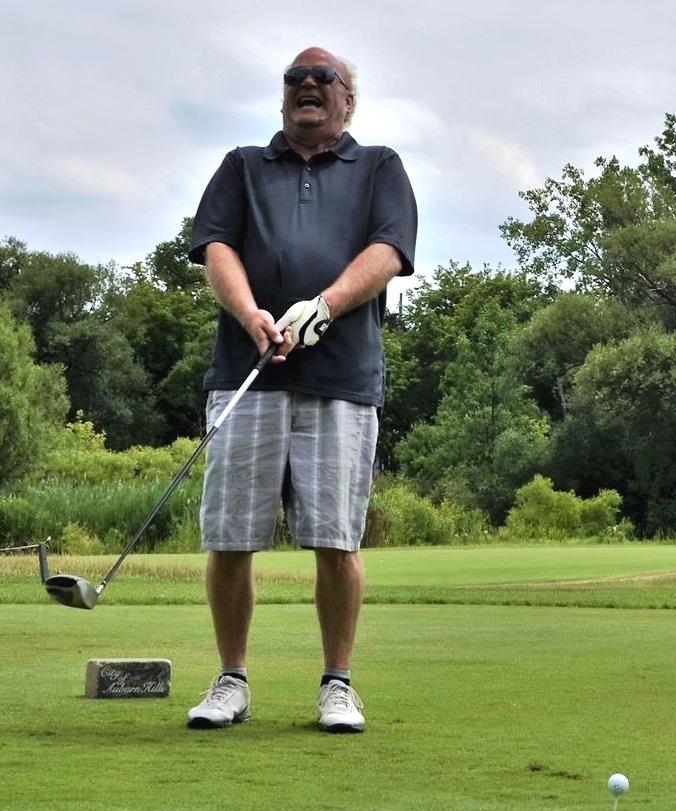 Thanks for the notice of Dean's death. Certainly a memorable guy from my days at Avondale. I left the area at end of 1974 but grew up with most of the class of '76. It is sad to learn of the death of our old friends and acquaintances. I wish I had gotten back for a reunion or two to reconnect with old friends while still possible. Well, maybe next time. To Dean: Fair winds and following seas. Mike Bogre

Loss of another Avondale Class of '76 Grad:

I recieved an email from Brian Churchill regarding one of our classmates; Lacy Parker:

We've lost another member of our Avondale 1976 family. Lacy Parker. Lacy was affectionately nicknamed Shoe-Lacy, by his Mr Brainin's 9th Grade History classmates, which was the greatest class of all time. Lacy took his fair share of tacks that were placed on his seat. Makes me want to visit Pine Knot, the next time I'm in the great state of Kentucky.

You can visit his Go Fund Me account by clicking here:  Lacy Parker

HERE IS A NOTE FROM BRIAN  ON THE 2018 REUNION HELD JULY 14TH AT KENSINGTON METROPARK:

Yesterday was our Avondale picnic, there weren't enough people there for a picnic, it was more like just a "nic". After I got over the initial shock on the lack of 76'ers, we all had a great time. The 77'ers were well represented. It turned into more like an entertaining intimate dinner party, outside at a beautiful and vast Metro Park.

Wanda was excited to take the helm of the boat. We also had much fun with the old Waukegan Journals and Steve's old Varsity Jacket and track shirt. Dave looked like he could still run a 440 ! Very happy my Mom was able to attend.

These events are all about the energy and excitement level of the group, which seems to be waning, so I'm planning on sticking to my plan and taking a few years off, til our 50th reunion on August 1, 2026. That does leave it open to others to plan our 45th.

Don't worry about me, I'll be planning some unique events, like the Avondale Hall of Fame Induction Ceremony and a possible Boys' Club reunion next year and babysitting the grandkids and walking to and fro.

Photos from the event are available in the flyout menue under PAST REUNIONS, Just click on the 42nd Reunion 2018 on the left side of the page

Survived by his mother Phyllis; siblings Karen Clason and Lisa Fields; many nieces and nephews, as well as great nieces and nephews; ex-wife Joanne Ditmyer. Doug was predeceased by his father William and sisters Nancy Billiter and Susan Garrison.

Doug was born the son of William Douglas Billiter and Phyllis Elaine (Allen) Burke on March 2nd, 1958 in Pontiac, Michigan. He attended Avondale High School and owned and operated “Doug’s Drywall and Paint” for many years.

Doug loved the outdoors, hunting, camping, and his dogs.

The family will hold a private service in Doug’s honor at a later date.

Memorial Contributions may be made to the American Cancer Society online at www.cancer.org.

The above information is courtesy of Dignity Memorial.

Here is the link: https://www.dignitymemorial.com/obituaries/auburn-hills-mi/james-billiter-7847564

OTHER ITEMS IN THE NEWS:

THE MISSING CLASSMATES / NO EMAIL PAGE was updated today (4/10/18) based on the email bouncebacks from the latest email sent regarding the 2018 Reunion. Please take a moment to check it out. If you are listed or you recoginze someone who is, the Reunion Committee would appreciate any help you can give to obtaining good valid email addresses for those we have lost contact with.

My condolences to the family and friends of one of our classmates Jerry (Gerald) Ryan on his passing. Thank You to his sister Sandy Ryan Henrickson for posting the link to this information on the Avondale High School Facebook Page: 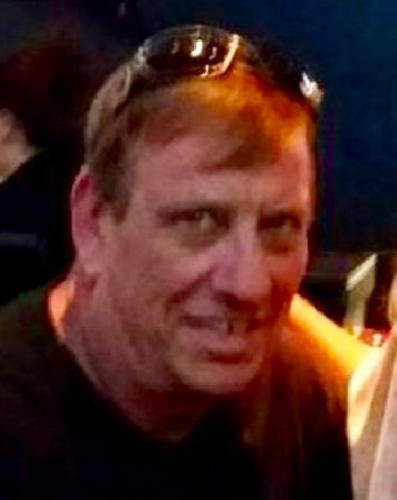 The second implosion of the Pontiac Silverdome that was scheduled for around 1 p.m. Monday after the first scheduled implosion Sunday failed to bring down the stadium, brought down the upper ring of the stadium. Below is a picture of how it (known as the Pontiac Metropolitan Stedium when it was first opened) looked upon it's opening: 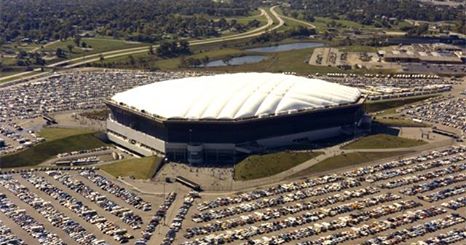 ########################################
From Webmaster Craig posted on Saturday, September 23, 2017 - Please take time to read the following:
I AM DEBATING THE IDEA OF SWITCHING FROM UPGRADED WEBSITE MEMBERSHIP BACK TO REGULAR WEBSITE MEMBERSHIP THOSE INDIVIDUALS WHO HAVE NOT LOGGED IN TO THEIR MEMEBERSHIP PROFILES IN THE LAST 2 YEARS OR THOSE INDIVIDUALS WHO'S EMAIL ADDRESSES HAVE BECOME INVALID MEANING THAT WE HAVE BEEN UNABLE TO SEND EMAIL UPDATES SUCCESSFULLY WITHIN THE LAST YEAR. TIMEWISE IT WOULD MEAN ANYONE WHO HAS NOT ACCESSED THEIR PROFILES SINCE 12/31/2015 OR EARLIER OR THOSE WHO'S EMAIL ADDRESS HAS RESULTED IN RETURNED EMAIL SINCE 12/31/16 OR EARLIER.
DOING SO WILL MAKE IT MUCH EASIER TO TRACK THOSE WEBSITE MEMBERS WHO APPEAR INTERESETD IN AND ARE MAKING USE OF THE BENEFITS OF UPGRADED MEMBER STATUS, INCLUDING RECEIVING EMAIL UPDATES.
IF AND WHEN THIS HAPPENS, I WILL SEND OUT AN EMAIL TO EVERYONE ON THE WEBSITE FOR WHOM WE HAVE A VAILD EMAIL ADDRESS TO ANNOUNCE IT AND WILL POST IT PROMINANTLY ON THE HOME PAGE OF THIS WEBSITE.
THOSE WEBSITE MEMBERS WHO WOULD BE AFFECTED COULD SIMPLY GO TO THE HOME PAGE, CLICK ON MEMBER PROFILES AND FOLLOW THE DIRECTIONS TO REACTIVATE THEIR FORMER (UPGRADED) MEMBERSHIP STATUS.
I AM POSTING THIS HERE FIRST FOR TWO REASONS. ONE IS THAT I WANT FEEDBACK FROM OUR CLASSMATES AS TO WHETHER THIS IS A GOOD IDEA OR NOT (LET ME KNOW AT: avondale76reunion@yahoo.com) AND SECOND TO FIND OUT WHO IS ACTUALLY VISITING THE SITE AND IS INTERESTED ENOUGH TO SEEK OUT THIS UPDATE PAGE. THANKS FOR TAKING THE TIME TO READ THIS MESSAGE.
#########################################
Below is news regarding two people who our classmates may remember from school or the community we grew up in:
Robert W. Grusnick 1940 - 2017
Grusnick, Robert W. 76; of Auburn Hills; went home with his savior May 31, 2017. He was born to the late William and Dorothy Grusnick on August 31, 1940 in Pontiac. Bob graduated from Avondale HS in 1958. He was the Pontiac Township Supervisor from 1972 until 1983 when he helped form the City of Auburn Hills, where he served as the 1st Mayor, from 1983 – 1994. Loving husband of Vivian (nee DeLuca) Grusnick; father of Dawn (Neal) Semich and Alan (Carolyn) Grusnick; step-father of April (Rick) Swartz, Mark (Doranne) Voorhis, Christy (Richard) High, Randy (Lynn) Voorhis and Joe (Dawn) Voorhis; grandfather of 12 and great-grandfather of four. Bob is preceded in death by his granddaughter, Faith. Visitation 2 to 8 p.m. Monday, June 5, 2017 at Pixley Funeral Home, 3530 Auburn Rd., in downtown Auburn Hills. Funeral Service 11 a.m. Tuesday, June 6, 2017 at the First United Methodist Church of Troy, 6363 Livernois Rd., Troy, MI 48098; family will receive guests from 10 a.m. until the service begins. In lieu of flowers, memorial contributions may be made to First United Methodist Church of Troy.
Published in The Oakland Press on June 3, 2017